The Occupational English Test (better known as OET), is a testing system designed to measure the English language competency of healthcare professionals who intend to move to and register in English-speaking countries.

The test looks at the abilities of candidates in four areas – speaking, writing, reading, and listening – to assess their overall English ability, although it is of course tailored for candidates who work in the various fields of healthcare.

Until August, 2018, OET candidates were assigned grades ranging from E-A; however, a new scoring system has been implemented that assigns candidates a numerical grade, ranging from 0-500.

Since September, 2018, the OET has been graded on a scale of 0-500 for each of the four sections, which are known as “subtests”. The highest possible score is 500, and the lowest is 0, as can be seen from the following table:

This grading system allows for healthcare programs around the world to ensure the English levels of prospective employees. As can be seen from this table, a score of 350 or higher indicates the sort of ability that would be desired by most healthcare systems.

Use the calculator below to find out how many correct answers you would need to get a B grade in listening and speaking modules. As per the OET website (here and here), one typically needs 30 marks from 42 questions to get a B grade.

All you need to do is type in a number out of 42 to calculate the equivalent OET score and grade you would get in the reading and listening modules.

Disclaimer: The calculator above is only an estimation based on the premise of 30 marks out 42 to be 350.

Disclaimer : Take note that this is a general guide and you still need to check your eligibility with the respective registration bodies.

OET examines candidates’ abilities in speaking, writing, listening, and reading. As such, there are four separate subtests, one for each of these areas. The two receptive skills – reading and listening – are intended to determine how well a candidate can understand written and spoken English in a medical capacity. These two tests are the same regardless of a candidate’s occupation. This is different for the writing and speaking tests, which are specific to each of the occupations covered by the OET.

The listening and reading subtests are marked by OET examiners at the testing center. They will be randomly and anonymously assigned in order to prevent any sort of cheating. The examiners are required to strictly follow a guide that tells them how to mark your answers and calculate your score.

Part B and C of the reading test are handled differently: It is marked by a machine, which reads data from the paper after it is scanned. The whole system is closely monitored to ensure fairness and accuracy.

The audio files from the speaking test and the written papers from the writing test will be collected and randomly assigned to examiners for grading. These will be re-checked in order to ensure that a fair grade has been assigned. A particularly strict examiner may have their grading system altered to bring it more in line with OET standards. A consensus is required from the two (or more) examiners who look at a speaking or writing test in order for the grade to be accepted and published by the OET center. 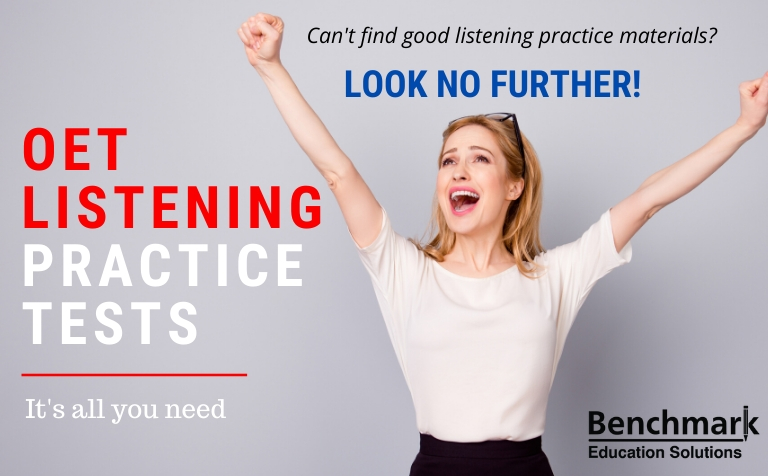 You may well ask how the speaking and writing tests are assessed. In other words, what are the examiners looking to hear or read from the candidates? The criteria are somewhat similar, with a few differences. They are listed in this table:

There is no passing or failing grade for OET, but most boards and councils require a score of at least 350 in order to consider a candidate for employment. To achieve this, candidates would need to perform well in all five of the criteria for each subtest. The standards are very high, but adequate preparation can allow students a good chance of scoring highly in these parts of the exam.

Everything You Need to Know about OET 2.0 Reading Part B