OET@Home Online Test – What’s in it for you?

OET has announced that candidates may soon be able to sit for the OET test at home. Popularly called OET@home, this online test is welcome news to many OET candidates who have had to put their test-taking plans on hold due to the COVID-19 situation. What’s more, the OET test format will remain the same. This also means our online practice tests will be fully compliant with the OET at Home and OET Computer Based Test.

With this new development, OET test takers can be confident that all their hard work preparing for the test will not be wasted. The online OET test will have the exact same format as the paper-based test. All four components in the OET test will be available through OET@home – listening, reading, writing and speaking. 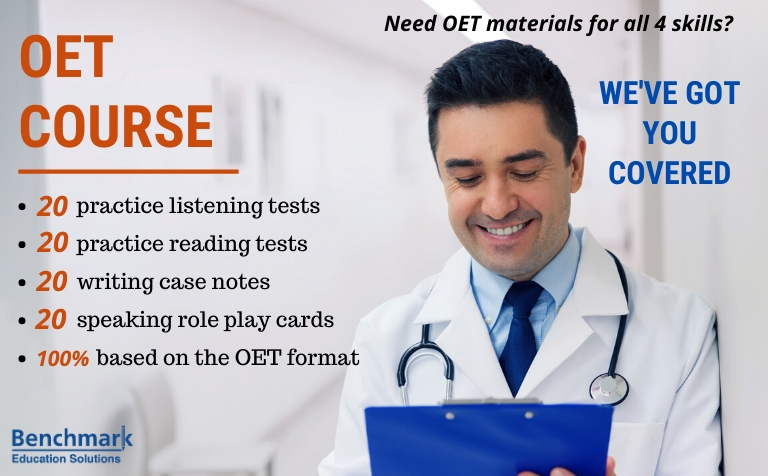 In terms of standard, the level of difficulty of the newly announced OET at home online test remains the same as the paper-based test.  For inclusivity, at the moment, OET has indicated that all 12 OET professions will be included in the OET@home online test but might start with the Trial OET test for doctors & nurses. Also, this computer-based OET exam will be made available across the world online. Candidates will need a reliable computer or laptop with a camera / webcam and a mic in order to take OET@home. Desktop and laptop computers are both recommended, and mobile devices are probably not suitable. Technical specifications for the test will be given by OET later.

With this exciting news, the question on everyone’s minds is when OET@home will be available for booking. OET is running a trial in June 2020 and has indicated that it hopes to have the test ready in coming months, hopefully by July 2020. Another question many candidates are asking is whether they will still have the option to sit for the paper-based test. The answer is yes. OET will have both the OET online test version as well as the paper-based test available. Not sure which one you should sit for? Read this next article on who should take the OET online test at home. If you are interested in knowing how to get a head start on preparing to sit for the OET@home online test, click here for this useful article.

Calling all Nurses! You CAN pass the OET Exam

HOW TO BOOK OET EXAM ONLINE