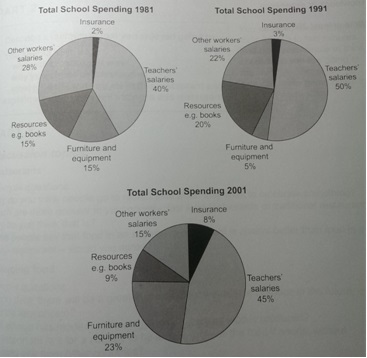 The three pie charts represent the proportion of yearly expenditures of a specific UK school in 1981, 1991 and 2001. It is immediately apparent that the majority of expenditures among the three years belonged to teachers’ salaries, while the least spending was recorded by insurance.