The graph below shows the changes in food consumption by Chinese people between 1985 and 2010. 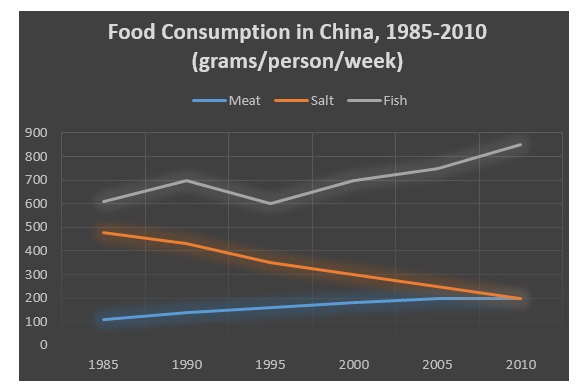 The line graph demonstrates the variations in the amounts of food consumed by Chinese people from 1985 to 2010.

At the very beginning of this period, fish, which was consumed 600 grams per person per week, was the most popular food. In addition, salt had a consumption of about 500 grams, followed by meat (100grams).

In conclusion, fish was the most prevalent food in the whole period. Besides, in 2010, salt and meat were eaten the same amount.